You are here: Home / Status in English / 99+ Ertugrul Ghazi Status Quotes for Whatsapp/FB

Worth sharing inspirational Ertugrul status and Quotes for Whatsapp and Facebook even you can download some Hindi Urdu English Video Status as well.

Are you also spending your quarantine time entertaining by watching the Ertugrul series? Then you will be an Ertugrul fan and looking for Ertugrul status for your Facebook, Whatsapp, and other social platforms. If Ertugrul is a part of your daily gossip or you do add him in any of your conversations, you are surely obsessed with the character. The amazing character has captured the screens and offered the entire Muslim community a clean content to enjoy. It is a great season enabling Muslims to watch and portray themselves positively as a hero, warrior, role model, a better father, an obedient son, and a great husband. 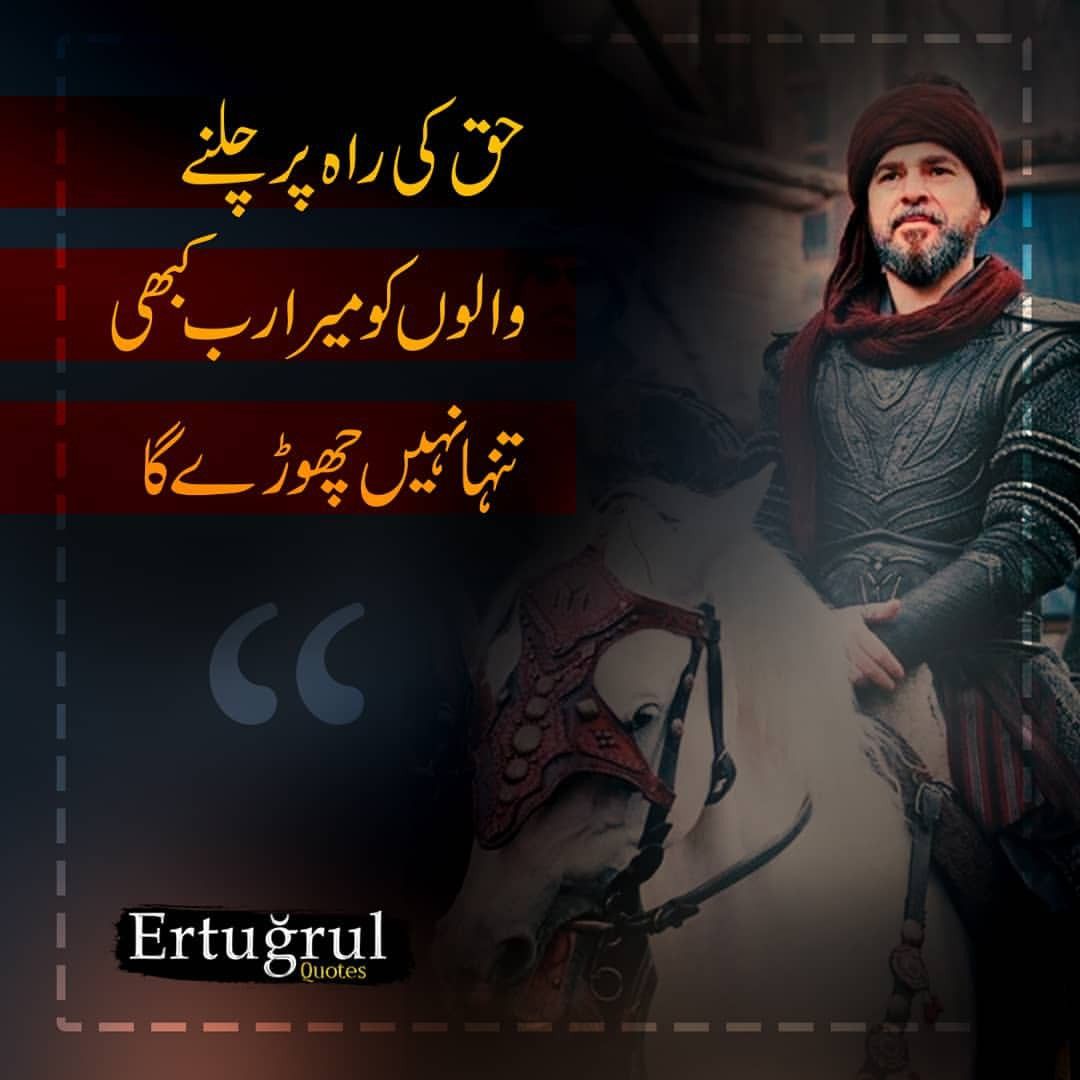 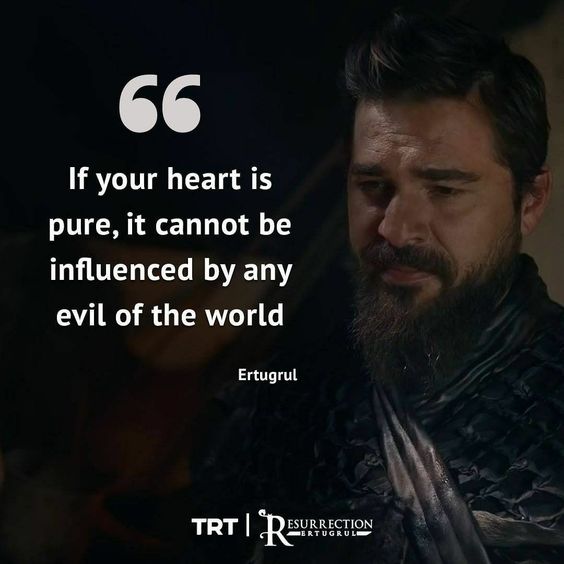 It is refreshing to follow up a series of portraying Muslim men positively because usually in the entertainment industry, the image of Muslims is attacked systematically and constantly. Muslim men’s masculinity in history is pleasing with their characteristics including modesty, loyalty, and showing respect towards women and expressions of sentiments. So share the inspirational quotes as Ertugrul’s status to revive the sentiments attached to Ertugrul’s character. 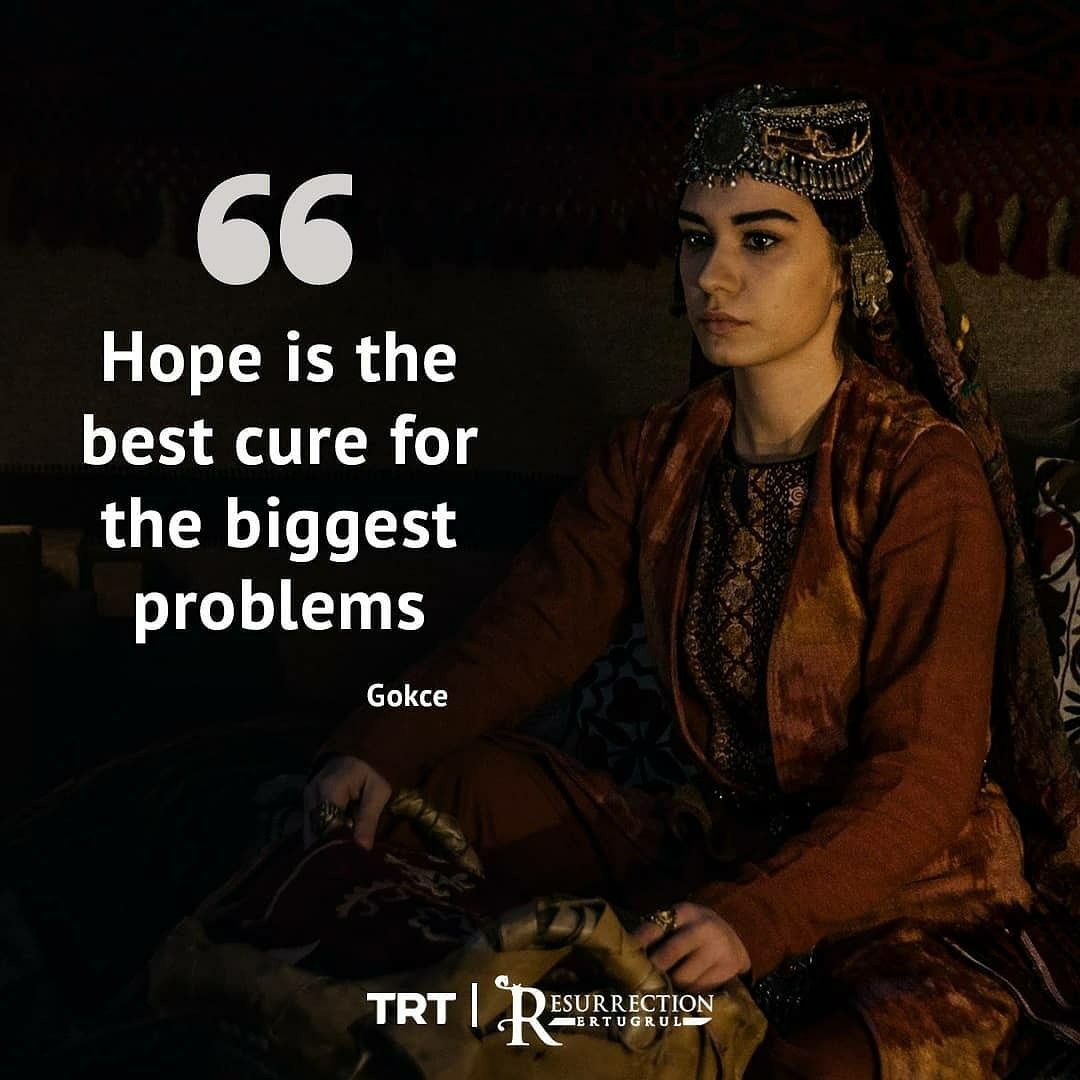 Our life is not at all precious if we do not embody justice.

If your army is greater than Him (SWT), come and face us.

The victory is not ours, it belongs to Allah. As long as we follow Allah’s path, nobody can bring us to our knees. But if we start to believe victory is ours, if we forget our purpose and contaminate it with our desire for fame, then our Lord will shame us.

Trials and Tribulations are guests sent to the beloved. 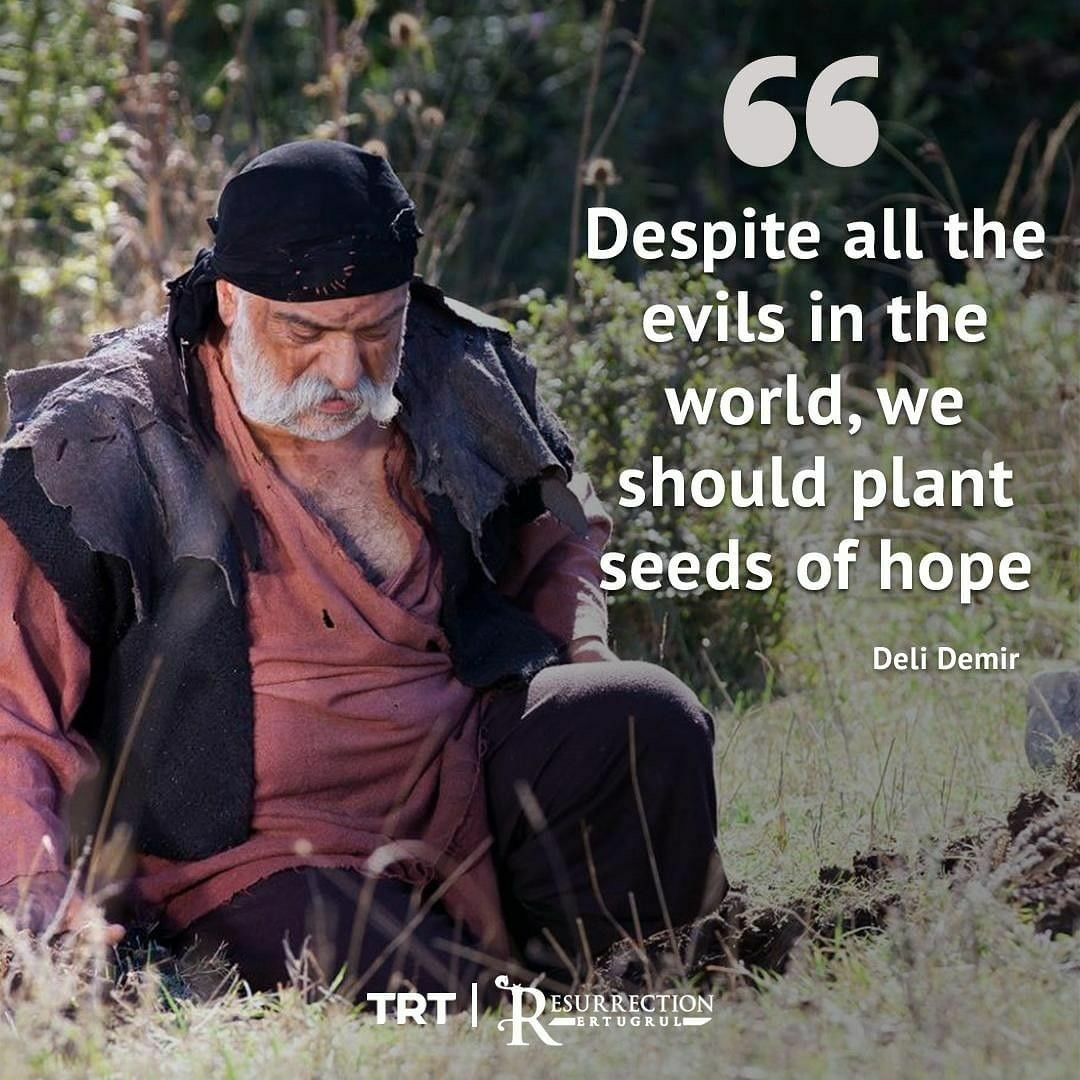 We belong to the Ummah of a Prophet (SAW) who couldn’t sleep satiated if his neighbours were hungry. We must show mercy to those in need and come to their aid regardless of their faith or nation.

The tears you shed are clearing away the clouds over your heart. 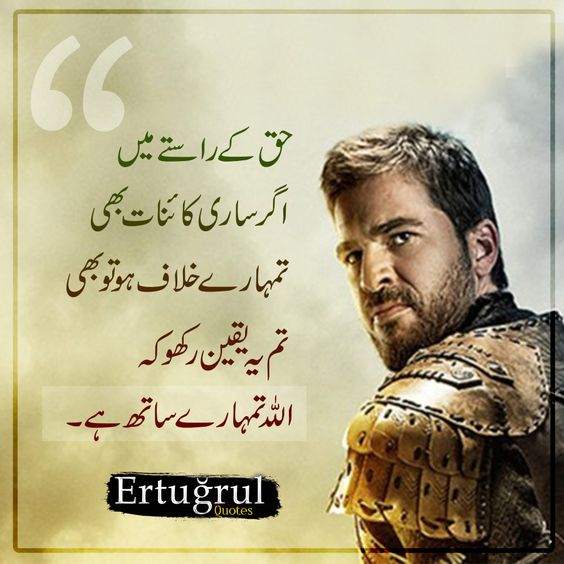 You lost a castle and a title. But the most precious treasure of a person is their heart and soul. The true losers are those whose hearts and souls are blind. 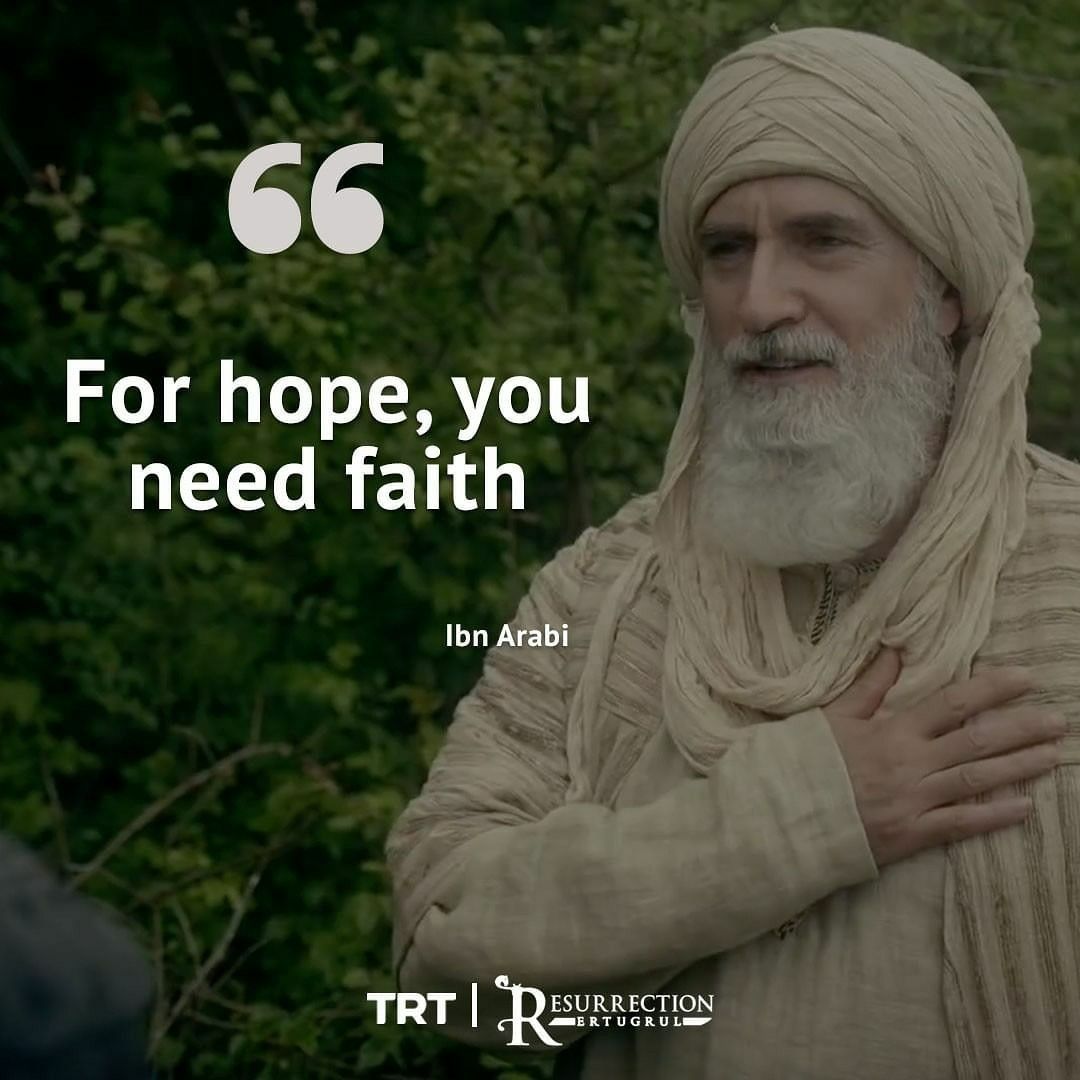 Do not grieve. There is a door of hope in every moment of life that didn’t end.

I would rather be the lone soldier of justice than the sultan of the world.

God is our strength in the midst of exponential pain.

That truth will always prevail over falsehood.

That numbers are not needed when fighting on the side of truth. 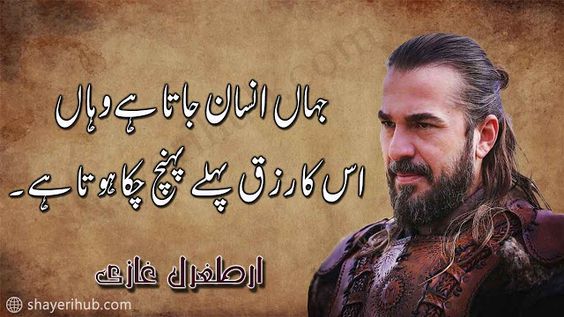 The seed which is not willing to let its shell rot, cannot bear fruits

I am only the enemy of oppression and betrayal. 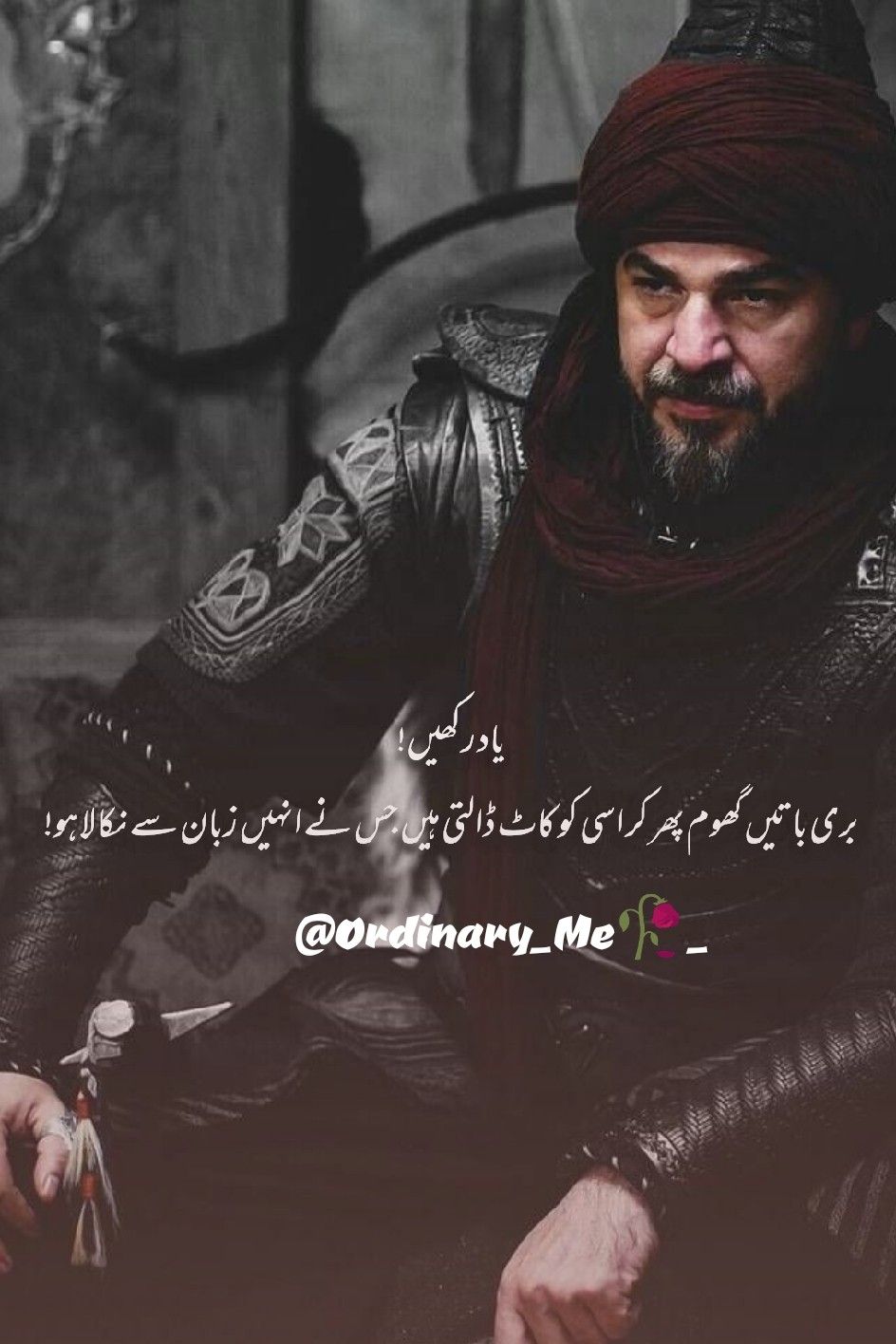 Patience is bitter, but its fruit is sweet.

The most powerful conqueror on Earth is justice. 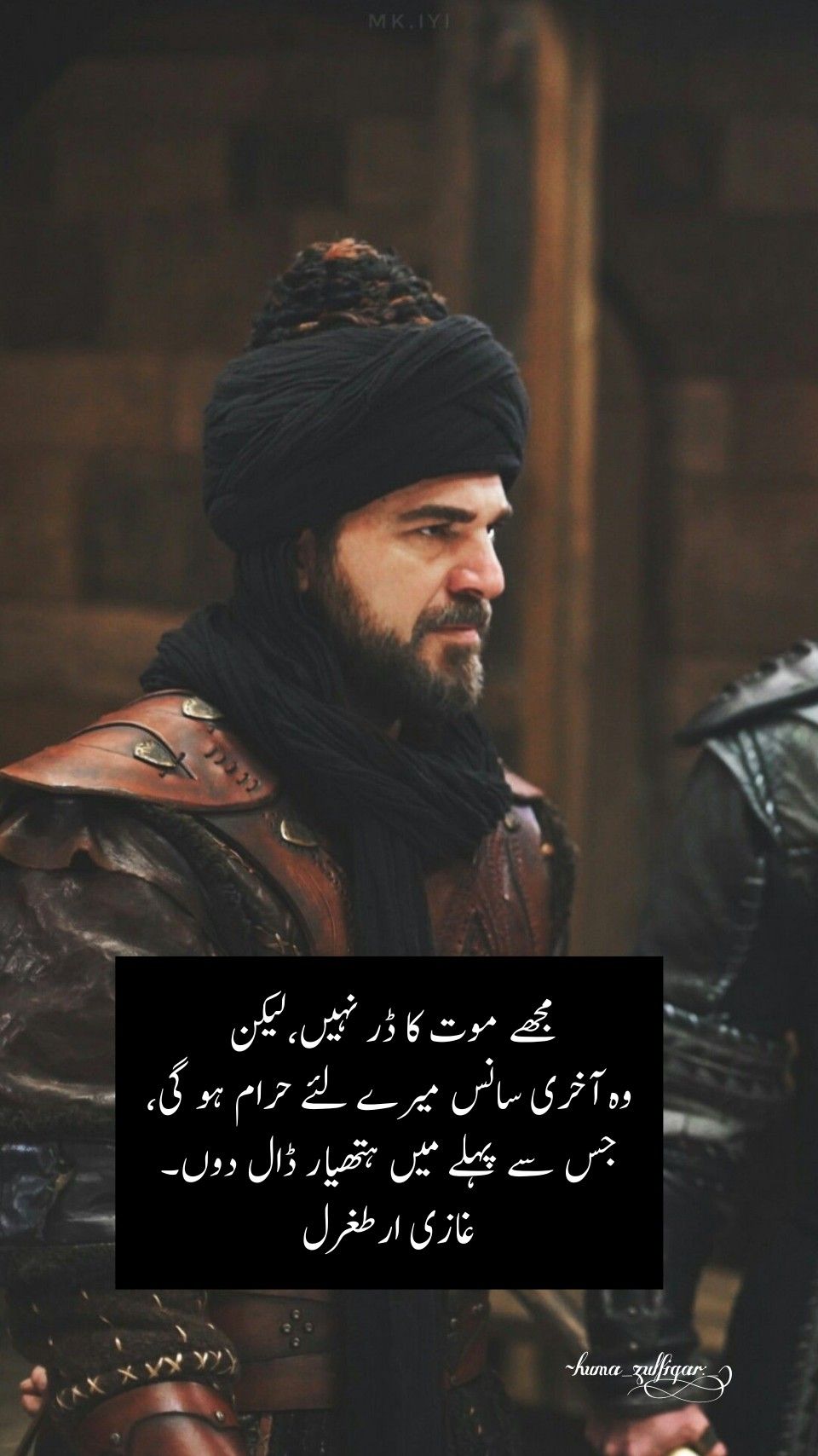 What is in our hearts, we will reveal by our words and our deeds.

This gold was used to bribe the weak among us. 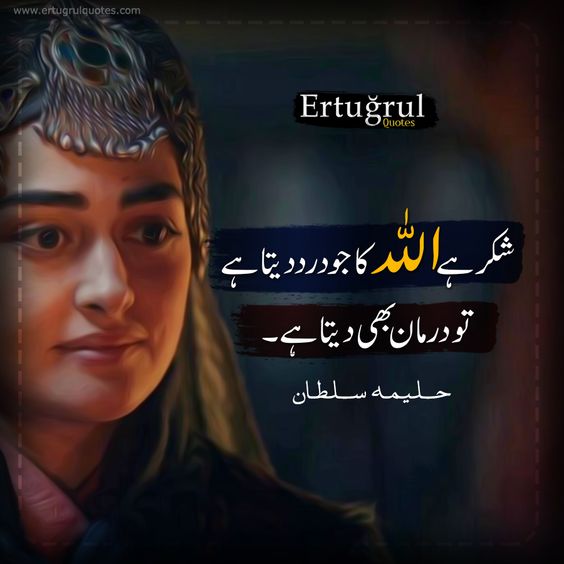 If we are thankful for what we have, our hearts will find peace.

The strength of our enemy is a sign of our bravery.

Existence is a school. Everyone is a student. God is the only teacher.

Only those who can dream big can walk forward in the road of victory. 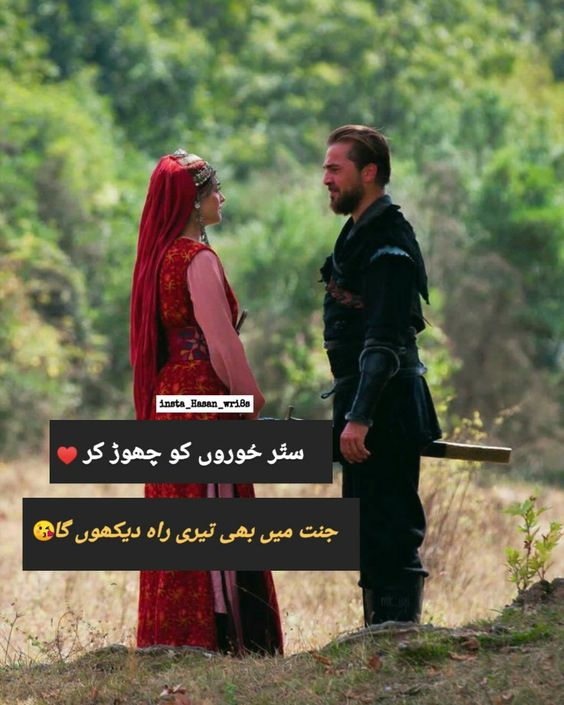 Those who are on the side of the Almighty He will never leave them alone.

We All came from God, and we will return to Him.

One who has no dreams has no future.

Victory will not lead us to arrogance or laziness. We prefer to win one heart rather than a thousand castles. Our goal will be to bring humanity together. 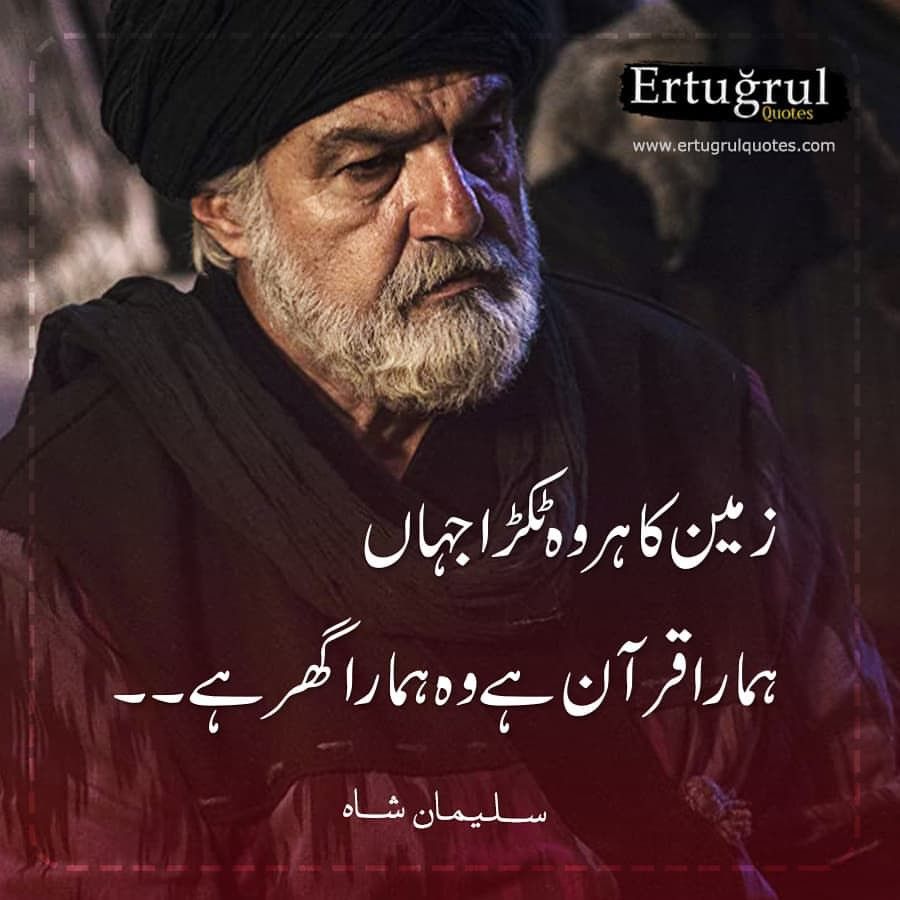 Do you think you can scare me? I have one life and that belongs to God. 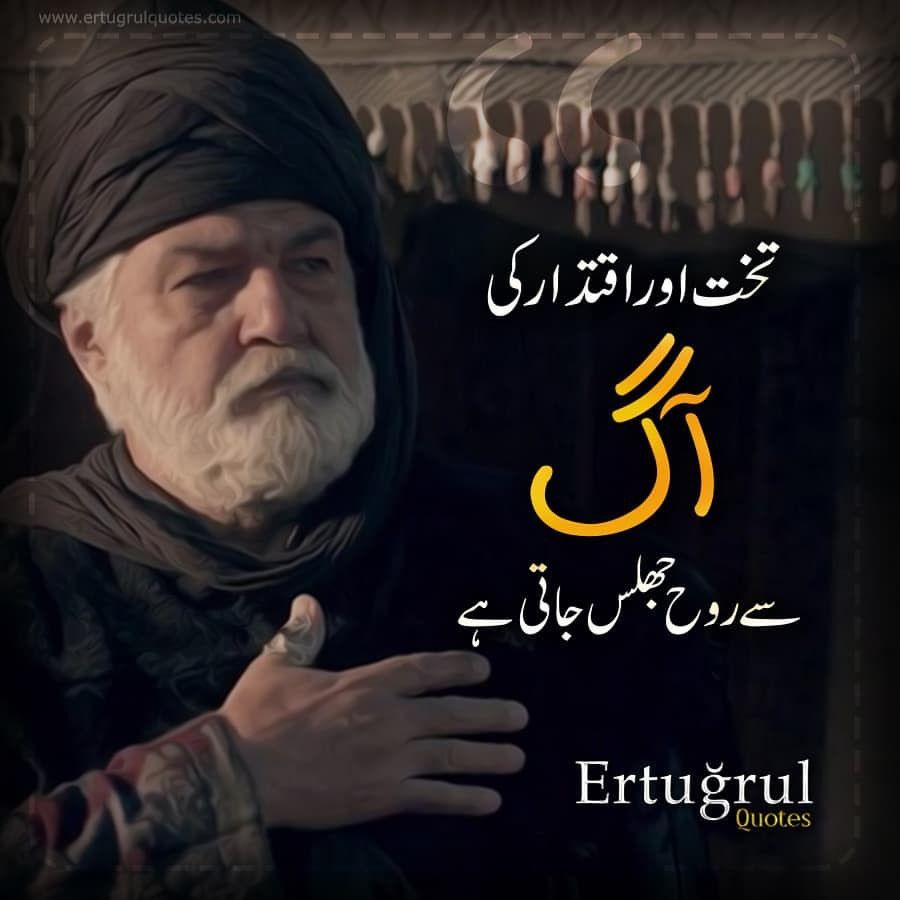 May my Lord does not make me enslaved to my ego and befriend the satan.

I have no fear of death. If I surrender before I finish my last breath, then that breath is forbidden for me.

It is harder to live bravely than to die bravely. We will do the harder of the two.

Do not despair. Instead of enjoying ourselves while sitting in a position of authority that is based on defamation and betrayal, it is far more valuable to be thrown into a dark dungeon and be with Al-Haqq

Stay true to justice and the righteous, do not accept anything but freedom. May your path be open.

We know our dying means we come together with God, but we will live for God, for the state.

As long as we follow Allah’s path, nobody can bring us to our knees.

It is true that Ertugrul has become a fresh air entertainment depicting how Islam needs to work for opposition and ideals must to live in a society. Do not forget to share Ertugrul status as a recurring phrase by greeting because the series is becoming a root in every Muslim heart and home.

A must watch Dirilis: Ertugul

It is a Turkish series that started in the year 2013 but during the last two years, it has gained popularity and taken the Muslim world because of optimal reasons. The series features Ertugrul as the main character and a founder of the Ottoman Empire. He is a father of Osman I. who leads Tribe known as Kayi which belongs to Ertugrul father Sulayman Shah.

The series features great cinematic efforts because the entire crew tried its best to create a visual history by investing and producing a long-debated way for an entire Muslim to stay engaged. It enables Muslim youth to stay passionate about their identity and faith. Dirilis is indeed a great season for the entire Ummah allowing Muslims to get a good message though cinematic culture.

It is true that on daily basis we see many negative roles and characters on mainstream TV along with the illicit improper scenes which prove to be spiritually damaging for us to watch but Ertugrul does not feature any rude scenes because it is tailored exceptionally for a Muslim audience.

Ertugrul teaches Muslims unity which is the foundation and paramount for the protection and development of any community. According to many Hadiths and Quran, the importance of Unity is specified many times in Islam. Breaking Unity and going against Allah`s will and seeking personal aim along with wealth and otherworldly distractions weakens the power of unity.

The Unity is portrayed and revived in the entire series in the relevance of Islam. Ertugrul is a brave, honourable, and loyal Muslim who is fearless towards his worst enemies and admirable by his entire tribe members. He is in a thirst to seek justice for his tribe and will win the hearts of many people. No one is indeed perfect and the series features many Muslims as villains who seek repentance after falling into prey or doing wrong deeds. Thus the real-life Muslims experienced are depicted in the show.

The entire show teaches Muslim Ummah a great lesson which is Muslim’s worst enemy is themselves. Even the major theme enables us to watch the heartbreaking scenes in which unity of Muslims is broken by themselves especially one who owns weak faith and lack in characters becomes the reason for the destruction of Kayi Tribe. Internet is full of historical fiction content but Dirilis: Ertugrul speaks the heart of the entire Muslim community who hold identity, sentiment, and amazing concept of belonging to Ummah. The series is available on YouTube and Netflix with the additional plots to make the series entertaining for the viewers.